This study examines the disciplinary responsibility of a member of the parliament to disrupt the system of the session, it highlights the most important duties that should be a member of the parliament to abide within the meetings of the Council and in order to maintain the functioning of the Council regularly and enrich the discussions that take place within the meeting, And parliamentary codes of conduct on the establishment of rules of parliamentary behavior in order to maintain the system of the session because there is no doubt without these rules will lead to the creation of a parliamentary environment based on chaos and unable to represent the people, leading eventually to deviate from the Council's main task in legislation and oversight , And perhaps the most important of these rules regarding the maintenance of the conduct of meetings by attending meetings of the Council and non-violation of the rules of speech by requesting permission and respect the Council during the opinions and compliance with the provisions of the Constitution and the law and the most important role to put these rules in place falls on the Council and the Speaker of the parliament The internal regulations and codes of conduct of the President of the Council have broad disciplinary powers up to the extent of depriving the violating member of participation in meetings of the Council and its committees. The problem of the research revolves around the reasons behind the breach of the Member of the parliament Iraq And the lack of effectiveness of the disciplinary responsibility for the violation committed lies in the weakness of the treatment or the weakness of application, and was dealt with in search of three basic duties within the scope of the session, the first relates to the attendance of the meetings of the Council and its committees, and the second relates to the preservation of the dignity of parliamentary status, and The third relates to the rules of speech within the session, and then we reached at the end of the research to a set of conclusions and recommendations that we hope that the legislature adopt it 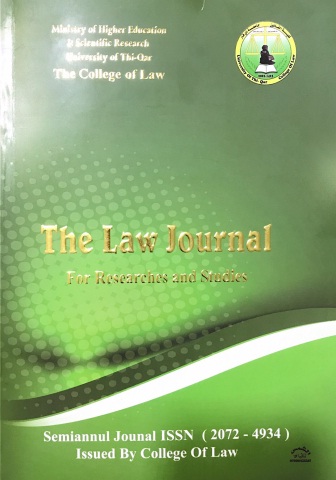